A Conversation with Kareem Abdul-Jabbar 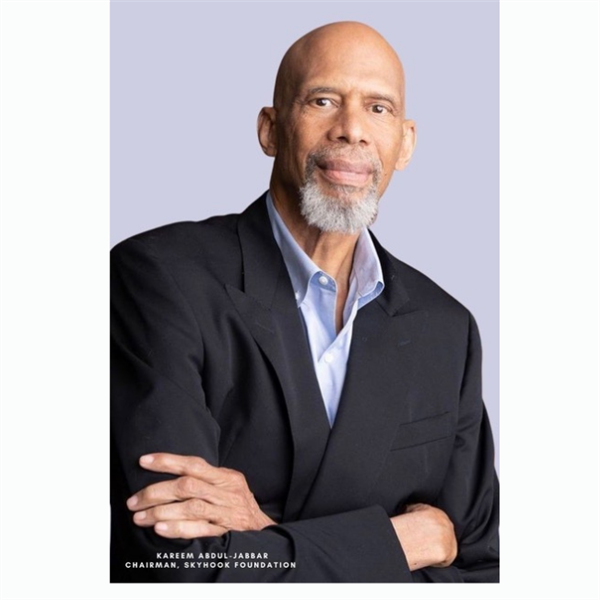 A Conversation with Kareem Abdul-Jabbar

Ticket sales for this event have ended. Looking to create your own fantastic event? Get started for free today!

Join us for this FREE event!

Kareem Abdul-Jabbar is the NBA’s all-time leading scorer with 38,387 points, a 6x NBA champion and the league’s only 6x MVP. Time Magazine dubbed him “History’s Greatest Player” and ESPN and The Pac 12 named him the #1 Collegiate Athlete of the 21st Century.

He is one of a handful of influential and respected black men in America who has a national platform as a regular contributing columnist for newspapers and magazines around the world, such as The Guardian, The Los Angeles Times and The Hollywood Reporter where he shares his thoughts on some of the most socially relevant and politically controversial topics facing our nation today.

Among his many awards & accomplishments such as The Ford Medal of Freedom, The Rosa Parks Award and The Double Helix Medal, and President Barack Obama awarded Abdul-Jabbar The Presidential Medal of Freedom, which is considered our nation’s highest civilian honor.

Northampton Community College
View All Events
As one of the leading community colleges in the nation, we will promote the highest level of student success in achieving academic, personal and professional goals, provide state-of-the-art education and training in every community we serve, be the college of choice for innovative programming and encourage every member of our community to have a lifelong connection to the college.... Read More
Virtual Event- Zoom Link: https://northampton-edu.zoom.us/j/92003460834
3835 Green Pond Road
Bethlehem, PA 18020
Get Directions